Thinking of becoming a Director? Think before you leap! 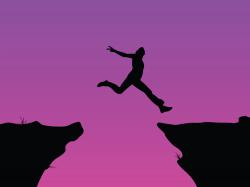 Thinking of becoming a Director?

Think before you leap!

Who thinks about becoming a Director

Running your own business may leave you without any choice but, to become a Director. For some it is perceived as a gentle wind-down towards retirement. For others it is a way of giving something back perhaps by becoming a Director of a State Board. Everyone has their own individual reasons on why they may wish to become a Director but, ensuring each person has the ability to integrate the additional time commitments into their existing business or personal lifestyle is an essential first step.

What do you hope to achieve by becoming a Director?

Becoming a Director is no longer the sinecure it once was as Legislators (in Ireland and EU) aim to increase the personal liability of individual Directors, and companies themselves recognise the value of a good Board, and achieving sound corporate governance. Wanting to become a Director in the expectation of a relatively benign wind-down at retirement is a non-starter.

A prospective Director should question their motives, and abilities before going further.

Acting as a Director will invariably include moments of frustration and irritation but, so does anything in life, including life! Learning about a company from the inside out, making a positive impact on the dynamics of a company, interacting with your peers, the satisfaction of working with a well-balanced Board, and enthusiastic Management Team can make it all worthwhile.

Get it right and you will feel a million dollars knowing you are making a real and positive difference to a company, and its future. How many of us get such an opportunity to have such a tangible effect in the business world today?

Are you up to take such a leap?

Guidance for Charities on the promotion of Political Causes 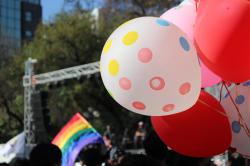 The Charities Regulatory Authority recently published a guide for Charities which describes the limitations of a charity’s promotion of political causes.

It is recognised that on occasion, Charities need to engage in activities such as influencing policy or advocating change to legislation to support their charitable purpose. However, the promotion cannot be contrary to the charity’s constitution nor can the charity support a political candidate or a political party.

The guide provides clear examples to help Charity Trustees understand the kinds of actions that may or may not be permitted.

A political speaker at a charitable event is permitted on condition that it is the event and not the politician is being promoted.

Another example of a permitted activity is where a charity organises a march to Leinster House to encourage additional funding for integrated projects which advances the charity’s charitable funding.   This is permitted because the purpose of the march is to get more funding to promote good community relations, which in turn advances the charity’s charitable purpose.

The second example provided describes a charity which was set up for the purpose of advancing sustainability. This charity could not have campaigned for a ‘yes’ vote in respect of the 34th amendment of the Constitution, (same-sex marriage). The reason this would not have been permitted is that this activity is not directly related to the charitable purpose of the charity.

The guide also refers to the lobbying activities and highlights that charities need to ensure that if lobbying they need to comply with the Regulation of Lobbying Act 2015.